The Gold Silver Ratio is given by dividing the Gold Price by the Silver Price. The ratio is the amount of silver a given amount of gold will buy. For example, today the Gold-Silver Ratio is about sixty – 1:60. One ounce of gold will buy sixty ounces of silver.
From ancient times until around 1840 the Gold-Silver Ratio varied between 1:10 to 1:15. Silver was used as currency for 2500 years and as a store of value in the form of jewellery and works of art. The Industrial Revolution of the last 200 years found many thousands of uses for silver as governments have removed silver from circulation as a currency. Now silver is referred to as an Industrial Metal.

Many study Gold-Silver Ratio charts. The charts below show the Gold-Silver Ratio is currently declining. The ratio is declining as both the gold price and the silver price are increasing. Some would say the declining ratio indicates that silver is being viewed more as a store of value – like gold – than an industrial metal. 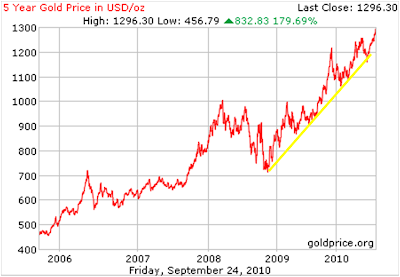 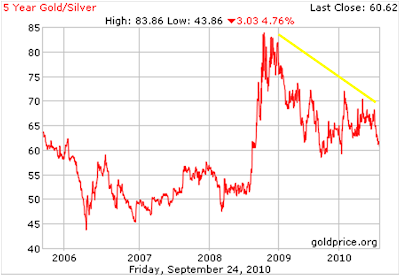 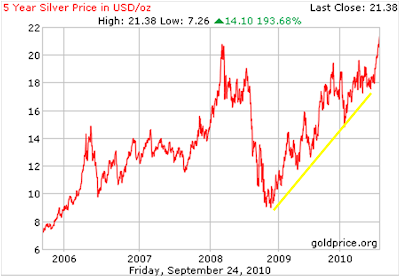 Posted by Anonymous at 12:20 AM No comments:

This blog has moved


This blog is now located at __FTP_MIGRATION_NEW_URL__.
You will be automatically redirected in 30 seconds, or you may click here.

Posted by goldprice at 8:35 PM No comments: